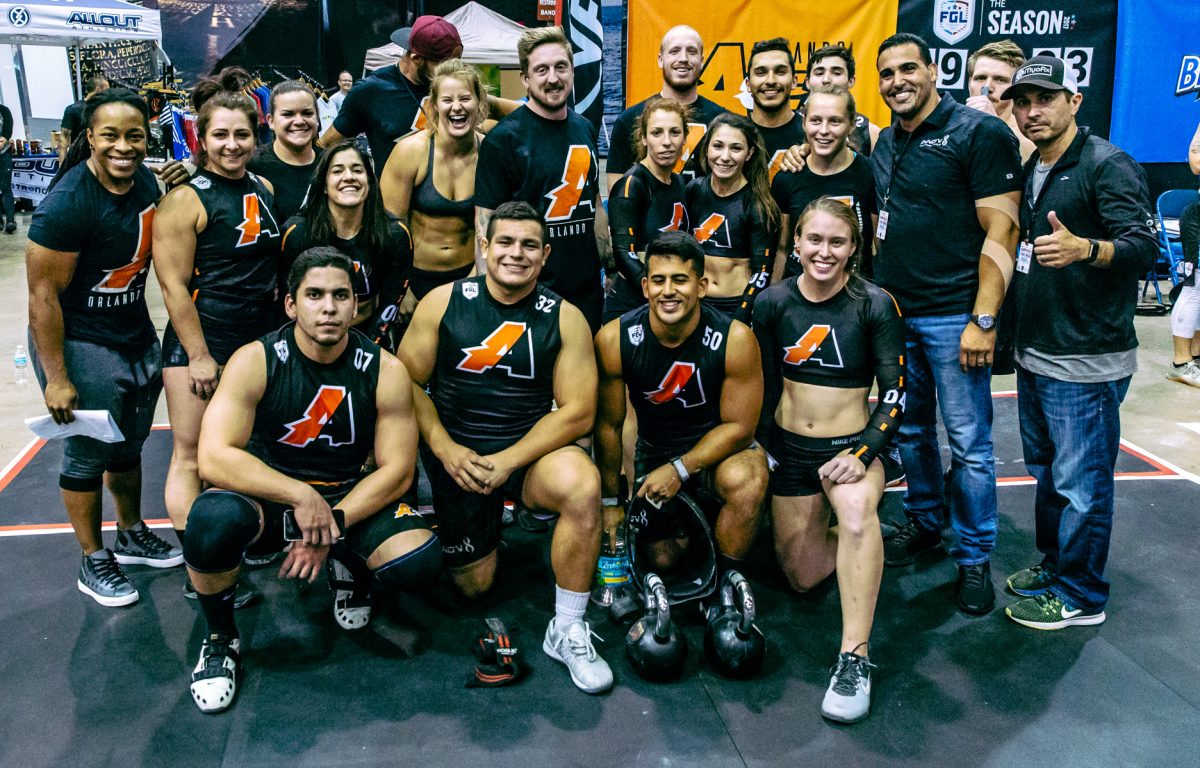 What Happened to the NPGL?

One of the burning questions on every GRID fan’s mind is “what happened to the NPGL.”  The governing body that introduced the sport to the world in 2014, the National Pro Grid League ran for 3 Seasons and then just kind of faded away, leaving questions unanswered and followers wishing for more.

Hindsight is 20/20.  It’s easy to read this and see all the holes in the plan, and wonder how dumb everyone was to go along with it…(we say this from experience, hearing it over and over again).  But keep in mind that had just a few things gone differently, the NPGL could have had a very different story. It was a risk that we all took together because we saw the vision and we were hooked.  Sure, there were pivots that should have been made earlier, but at this point we simply want to give this information to those curious about it, not make judgements about the how it happened.

The NPGL ran for 3 Seasons (starting as the National Pro Fitness League, and changing the name from Fitness to Grid prior to the first season.)

The very first meeting was held in February, and the season concluded in October of that year.  So challenge number 1 was timing…signing 8 teams, holding combines across the country, practicing the sport that nobody had ever played before, teams putting together rosters, teams hosting home matches, signing a TV contract, finding uniforms – all happened within 9 months.  It was almost impossible, but somehow we just about pulled it off.

The only issue we couldn’t fix was that the financing that was secured for the first Season fell through after the ball got rolling, and it was extremely hard to recover from that.  The League had to cancel some matches and limped through fulfilling their existing TV contract with fumes for financing, which after the amount of effort that went in to pulling off the plan, was a tough pill to swallow for everyone.

However there were amazing things that happened in that year also. 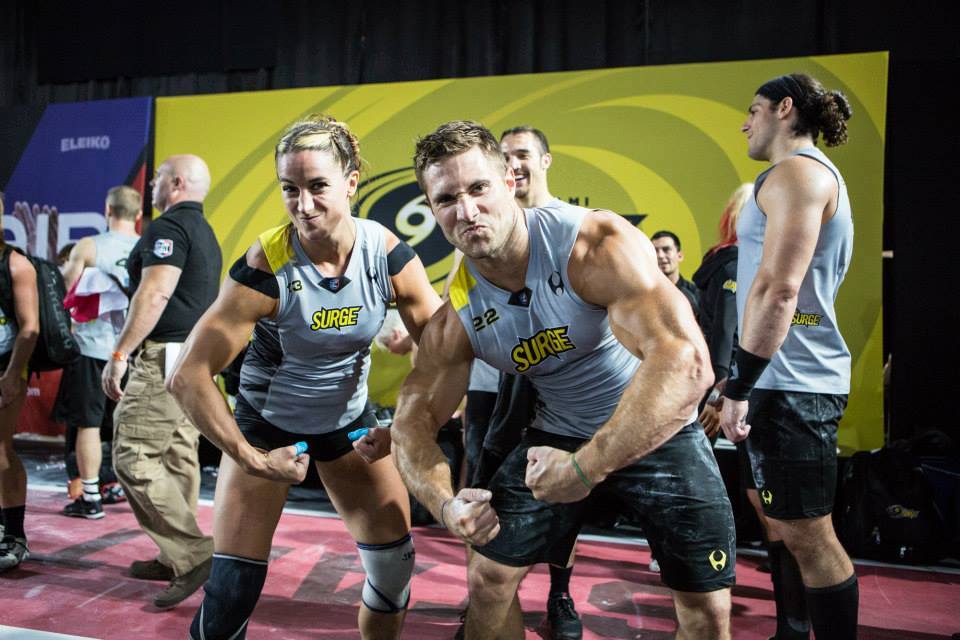 After the struggle of season one, the whole group got a lot smarter about where to spend money and how.  We also worked together, pooling our knowledge and resources to get efficient and strategic with decisions made.  Instead of nationwide combines, teams held more informal and less expensive pro days to scout talent. Only a few teams put on home matches, and the League utilized fitness festivals to provide additional matches at a much lower cost.  NBC decided to use their option for Season 2, so we were again aired on a major network. There was a lot of great things that happened in Season 2.

Unfortunately, financing still became an issue halfway through the year and before the playoffs, we were in another financial crisis.  Luckily, a couple of investors stepped up to get us through, but it was not a fun time behind the scenes. Everyone was unsure if Season 3 was going to happen, simply because of the money.

Those investors (the saviors of the League) agreed to finance a 3rd Season on a shoestring budget.  So the whole season was moved to Utah where the teams played in a studio set (no traveling heavy rigs and equipment around the country, or traveling hundreds of people multiple times a month to put on matches).  An entire hotel was taken over by GRID, and the town of Provo kept wondering who these super fit people invading their town were! It was one of the most fun seasons because everyone was all together, and after this year everyone involved was more in love with the sport than ever.

Unfortunately, the investors simply couldn’t continue funding the NPGL seasons without a plan to earn their cash back, and frankly many of the team owners felt the same way as they had their own investors to answer to.  It was clear at the end of that Season that without major sponsors or another way to earn guaranteed revenue the following year, that it was likely going to be the final Season of GRID. After months of the League working on securing sponsorships and a new TV deal, the website and social media went down and the League faded away.

Prior to Season 3, Mather and Ruby launched a new endeavor – the Florida Grid League, which would become the first League of the AGA.  The FGL held its first event in Fort Myers Florida in August 2016, just before the 3rd and final Season of the NPGL. While all other amateur leagues were ceasing operations or limping along to see what happened with the sport, we were the only 2 people who believed in GRID more than ever, and just couldn’t watch it die completely.  That first event, GRID 6 Fort Myers, only proved to us more that GRID was something special and could succeed with the right plan.

We always wanted to be sure that we weren’t infringing on the NPGL’s intellectual property, and in fact wanted to help the professional League by creating more awareness and love for the sport in the state of Florida, so we cleared the operation of the FGL with the owners of the NPGL from the very beginning.  The NPGL was on board with helping us however we needed, but as it turned out, we were able to succeed even without the professional League operating.

Why were we successful when the NPGL didn’t last?  The biggest reason from our perspective is because we have the benefit of going through the entire experience, from that very first meeting to the final discussions about the League, and observing/learning along the way.  We saw the challenges with the “go big or go home” approach, so from the very beginning we knew where it was important to spend our money and what we should be frugal on. We saw what could happen when communication issues or misunderstandings arose among anybody in the group…players and team owners, team owners and League, team owners amongst each other – so we worked hard to set up a community feel of collaboration and transparency with anybody who was inside the GRID community, and more importantly, we knew what to watch for as the beginning signs of trouble and how to nip it in the bud.  And most of all, we started slow, educating one person or gym at a time about the magic of the sport (which we knew intimately since we’d been a part of its birth, learned what worked and what didn’t and could convey that succinctly), and then let GRID speak for itself. 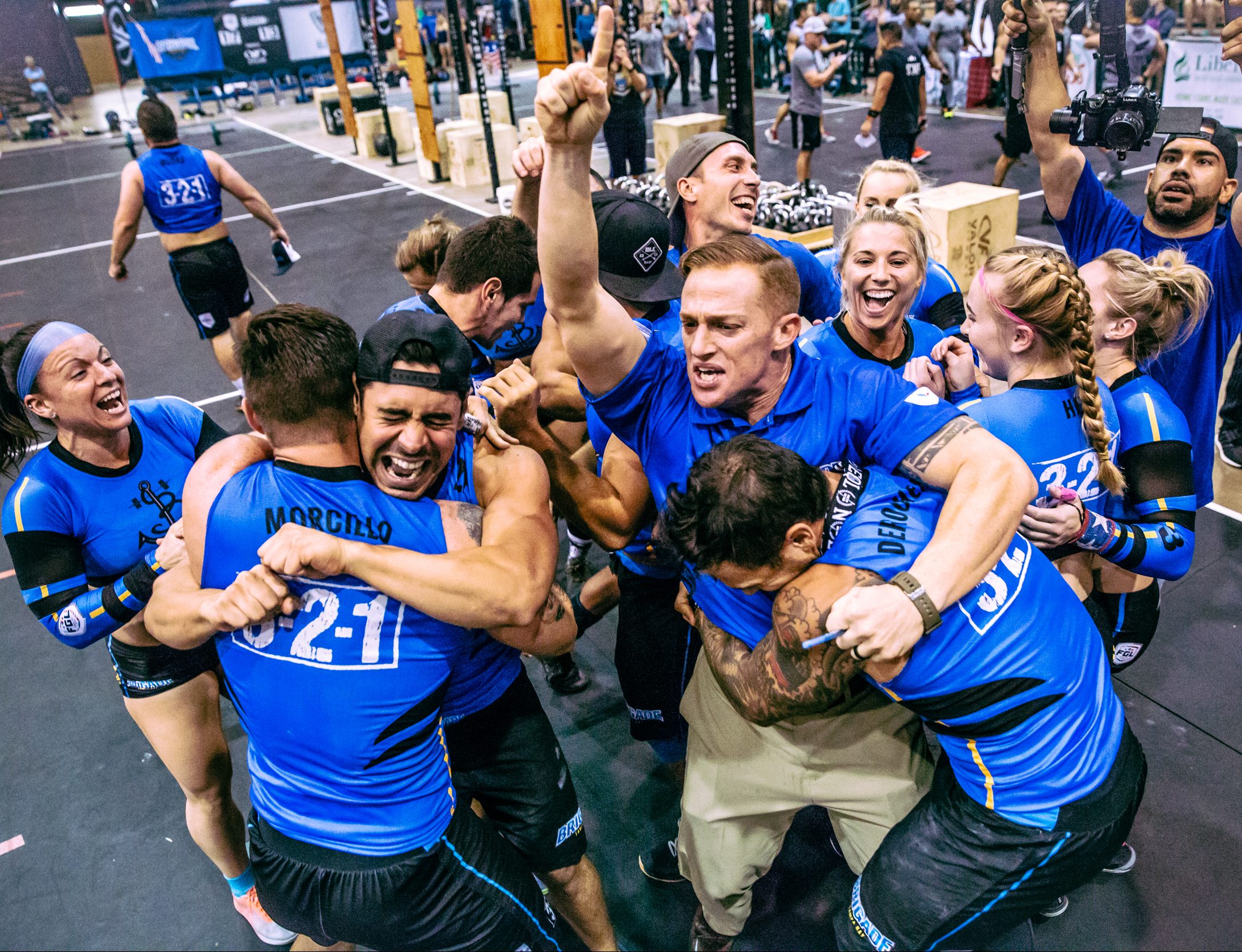 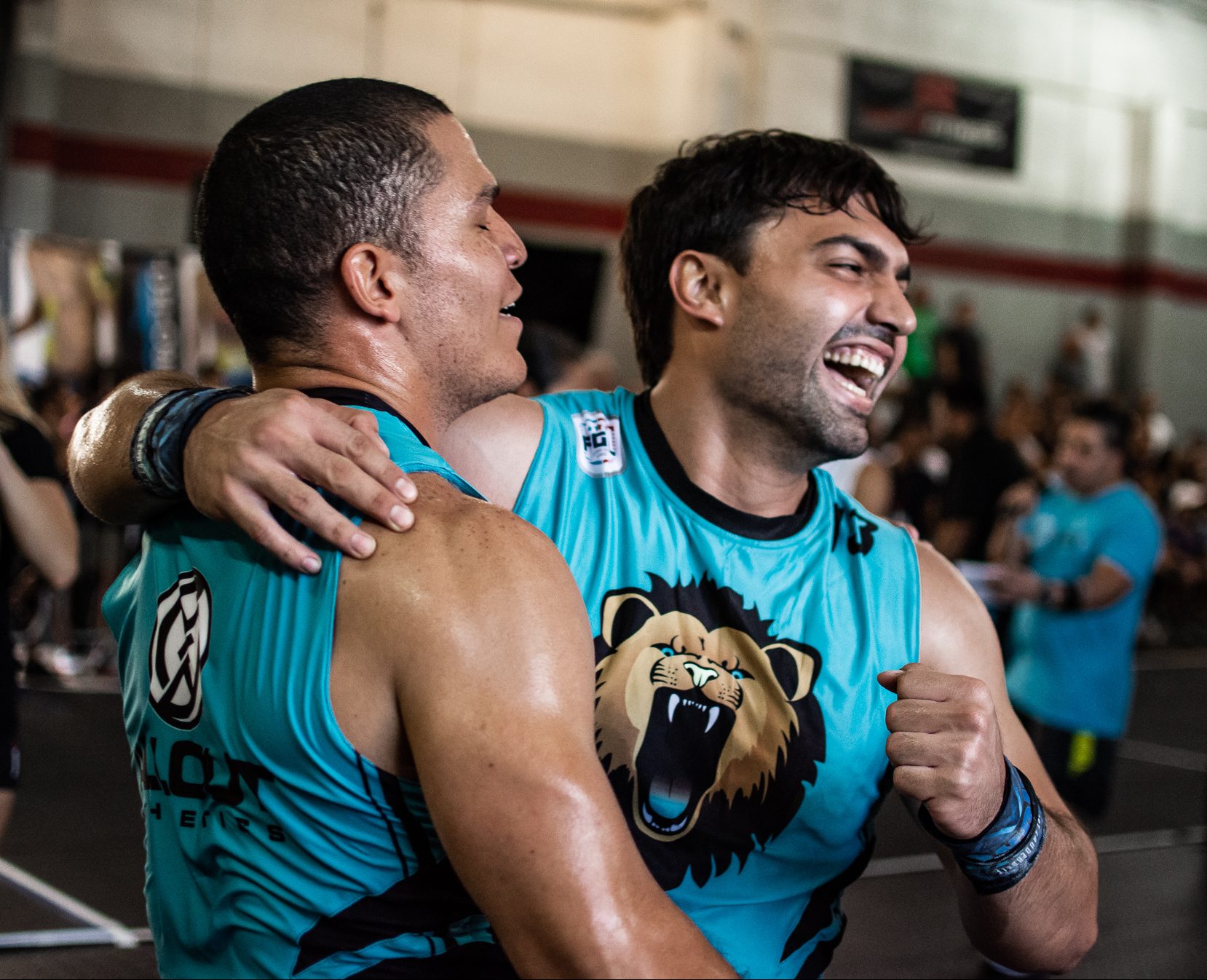 Ever since that first event in Fort Myers we hear time and time again, “that was the most fun I’ve ever had in competition.”  We hear it from players, fans, volunteers even! Once GRID gets inside of you, it’s impossible to forget and we’ve seen it happen over and over again.  This is why we are the perfect people to bring GRID to the world – we have the knowledge, the experience, the trial and error, we know how to educate the masses on the sport (which is really hard), we know when to bend the rules and when to stick to our guns, and we are the only League operators in the history of the sport that grew their second season larger than the first.

Our goal at the AGA is to grow our collection of regional GRID leagues in a sustainable way, and provide everything needed for those Leagues to succeed.

As the operators of the AGA, we have intimate knowledge on that topic because we were involved with the NPGL from the very first introductory meeting with Tony Budding on February 11th, 2014 in an unassuming Dallas TX hotel conference room.  We were pretty much hooked since that very first meeting and went after owning a team in the inaugural year.

But not only were we eventually awarded the Miami Surge team of the NPGL, we were arguably the most involved team owners of the entire 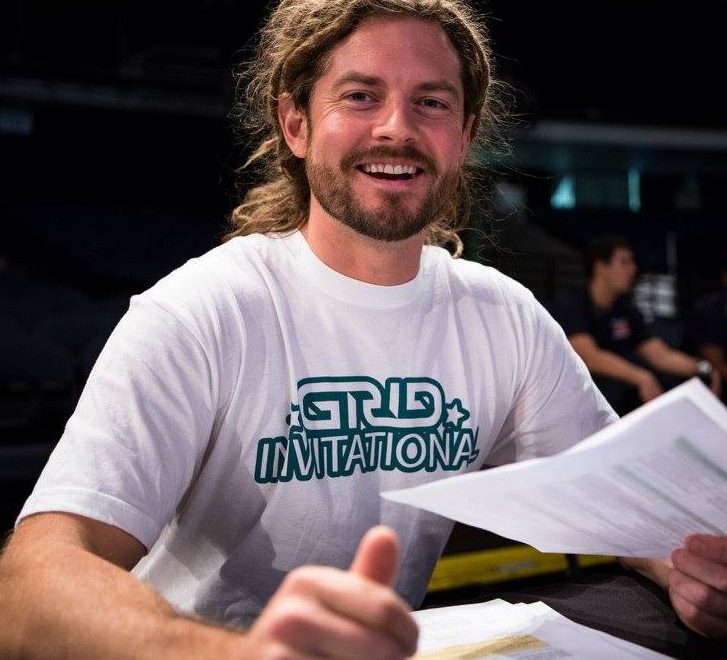 group.  We traveled with the League in the first year to the Combines as part of the staff, Ruby as events coordinator and Mather in charge of providing design and marketing needs.  As the years went on, Ruby was continuously asked to help the League put on their events from a logistics standpoint, and Mather was one of the Commissioners for the GRID Invitational. They were both on multiple committees within the League, and attended/contributed to every single team/League meeting over the course of its existence.  All that to say, we are very qualified to be telling you how the NPGL happened.

Do we wish the NGPL had succeeded?  Of course we do! Thousands of people put their time, effort, money and passion into that company and it was devastating to watch it fizzle out.  In fact, we see at least a couple posts about people from around the country missing GRID every week on social media…it had so much potential and lots of people say it was some of the most fun they’ve ever had not just in sports, but in life.  And those are the comments that drive us – the AGA will succeed because the sport of GRID deserves to be known by the world, and because it’s operators went through the school of hard knocks to know exactly what to do in the face of challenges. We hope you’re along with us for the ride back to the top.